With horrible reports coming out that Iran has torched the holy tombs of Mordecai and Esther, this is a new despicable low even for Iran’s evil leadership. As we all know, Mordecai and Queen Esther are the heroes of Purim who with Hashem’s help saved the Jewish people from the evil decree of Haman to utterly destroy the Jews of Persia. Now, the Iranians (Persians) have cast their evil lots once again by setting ablaze these tombs in Hamadan, Iran, and desecrating this site that is holy to Jews around the world. My mother’s Hebrew name was Esther and I am outraged at this vile act against the graves of our holy ancestors, as we all should be.

Let’s hope and pray that soon the Iranian people will realize their aspirations for freedom and that the tyranny that they live under will soon come to another miraculous ending under the watchful eyes of our holy ancestors, Mordecai and Esther.

This was a sign that talks to a real customer service orientation:

“Suppose we refund your money.

Send you another one without charge.

And have the manager shot…

Would that be satisfactory?”

Actually no, that’s not good enough!

While you’re at it…

Bow down and kiss my filthy feet.

Flagellate yourself with 40 lashes using a wet noodle.

Give me a complimentary supply of whatever the crap is I was buying for life.

And after you shoot the manager, hang him from the tallest tree for everyone to get the message.  LOL 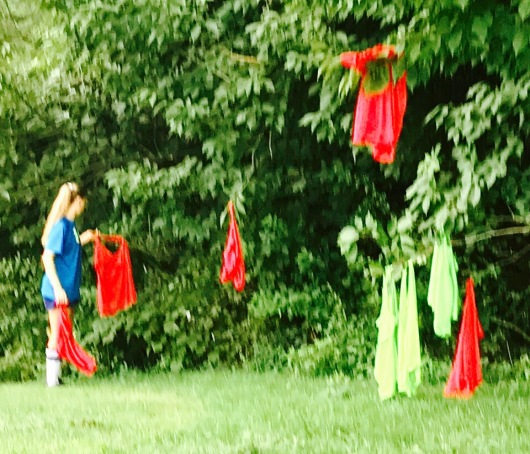 The way to fix problems is to first identify and acknowledge them.

Only then can you focus on them, commit to them, really address them, and make things better.

The BIG problem though is fear.

“The nail that sticks up gets hammered down.”

And who wants to be the one to get hammered flat and for of all things, doing the right thing?

And we certainly don’t reward transparency.

As I once overheard:

“Uh, you better keep it in the family!”

So things get kept in the family, and the big burly husband is a drunkard bum and the wife is abused and the kids are abused, and the sh*t goes on.

Bosses need to ask point blank and with full and honest assurance of confidentiality and non-attribution or retribution:

The only way to know the truth and make a difference is to get to the truth.

In life, is anyone willing to “do the dirty” and finally get to clean? 😉

So after the aborted Healthcare bill to replace failing Obamacare, President Trump tweeted about the alt-right’s lack of support for the bill:

“We learned a lot about loyalty [today].”

The Freedom Caucus refused to vote with the rest of the Republicans on the 7-year long awaited repeal and replace of Obamacare.

Instead, they felt it didn’t go farther enough to rescind everything from Obamacare they hated, and they chose to leave Obamacare as the solution for the foreseeable future, rather than get a replacement bill they felt was also subpar.

Whether this was smart or dumb, time will tell.

– Smart – If down the road, they get a better replacement to Obamacare then what was being offered now.

– Dumb – If rather than a better replacement, we end up either stuck with Obamacare indefinitely or get an even worse alternative later.

It’s a little like gambling Vegas–they decided to roll the dice again, rather than leave the table with their winnings.

Sure, they could end up a bigger winner or they can lose it all, so we’ll see.

But there is another important question here:

What obligation did they have to be loyal and vote with their party vs. being loyal to their own conscience?

The Democrats have held the line better in terms of voting as block–and hence they have proved superior in many cases in wielding their share of power.

In contrast, the Republicans have been more divided and hence, they can’t get the votes they need to pass the legislation desired by the right–because somebodies are always holding out for a better deal.

But Trump represents “The Art of the Deal,”–and a deal usually means negotiation, compromise, and that nobody gets everything they want.

So while everyone should vote and act their conscience, there is also something to be said for loyalty to the team effort.

If everyone just holds out for what they want, then really that stoneheadedness will result in virtually nothing getting done.

We’ve all got to give a little to get a little, as long as it doesn’t violate our moral compass, core values, and faith.

Loyalty also has to do with showing and acting with respect.

And being disloyal to the team and leadership has ramifications.

Finally, loyalty is a two-way street, and I have a feeling Caesar is not yet done with the great treachery that was perhaps so callously inflicted on him and the greater national cause. 😉 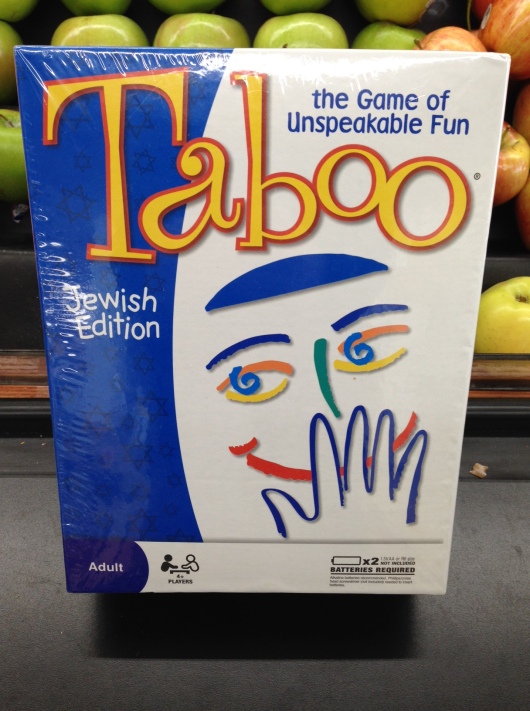 So I saw this game called Taboo when doing the grocery shopping today.

(This one is the Jewish edition.)

Having never played this before, I looked it up and learned that it’s a word game, where you have to give clues to the other team for them to guess a word, but you can’t use the “taboo” words on the card.

So for example, if the word is baseball, then some of the taboo words may be sport, pitcher, hitter, etc.

So this is not an easy game per se.

Thinking about the premise of the game though, I started to reflect that this isn’t just a game, but in real life isn’t so much of our interactions with others not about what we can say, but also the “taboo” things that we can’t.

How many times do you want to tell someone off and explain what a jerk they have been acting lately or say your real feelings on a topic that you may feel passionately about, but it’s somehow taboo to get into those things–you don’t want to offend, be “politically incorrect”, or perhaps you just think others may not agree with you or understand your point.

What do we do?

We “beat around the bush”–we express our dissatisfaction or disapproval or the opposite, with facial expressions, non-verbal cues, or perhaps we take a deep breath, hold back, or mince our words, so as not to somehow cross a social boundary of some sort.

We want others to know us, accept us, respect us, and truly like us, but we can’t always really be ourselves fully, because our words or feelings may be seen as taboo.

In the end, sometimes we’re discreet and “hold our tongue” and occasionally we blurt out what we really think and maybe are proud we did or are sorry for it afterwards–but wouldn’t it be great if we could just be ourselves–without fear or retribution.

It shouldn’t be taboo! 😉

The first Department of Defense Strategy for Operating in Cyberspace is out (July 2011).

Of course, like the plans that came before (e.g. Cyberspace Policy Review), it emphasizes the imperative for cyberspace protection. Some highlights:
The strategies for cyberspace protection in the DoD plan include treating cyberspace as an operational domain; innovation; partnership; and so on. But we need to leverage our strengths even more.
As the Wall Street Journal pointed out on 15 July 2011: “The plan as described fails to engage on the hard issues, such as offense and attribution.”  If we can’t even identify who’s attacking us, and fight back with precision, then we’re flailing.
Some may express the concern that we would have all-out war by attacking those who attack us. However, what is the alternative besides confronting our aggressors?
The concept of operations is straightforward: Any computer device that is used to attack us, would immediately be blocked and countered with equivalent or greater force and taken out of play.
This would mean that we are able to get past cyber-bot armies to the root computers that are initiating and controlling them, and dealing with them decisively. This would hold regardless of the source of the attack–individual or nation-state.
The DoD plan acknowledges our own unpreparedness: “Our reliance on cyberspace stands in stark contrast to the inadequacy of our cybersecurity.”
As in the Cold War, there must be no doubt with Cyber Warfare (as with nuclear) of our ability to inflict devastating second-strike or preemptive attacks with deadly precision.
Until we have unambiguous hunter-killer capability to identify and locate perpetrators of cyber attacks against us and the ability to impose swift justice, we are at the mercy of our aggressors.
We can only have peace in cyberspace when we have the strength to stand up and defend it.
Now we must move with cyber speed to build this capability and stand ready to execute our defenses.
Admiral Mike Mullen was quoted this week (18 July 2011) in Federal Times as saying: “The single biggest existential threat that’s out there is cyber...It’s a space that has no boundaries. It has no rules.”
We must become even better–much better!
(Source Photo: here)
Join 290 other subscribers