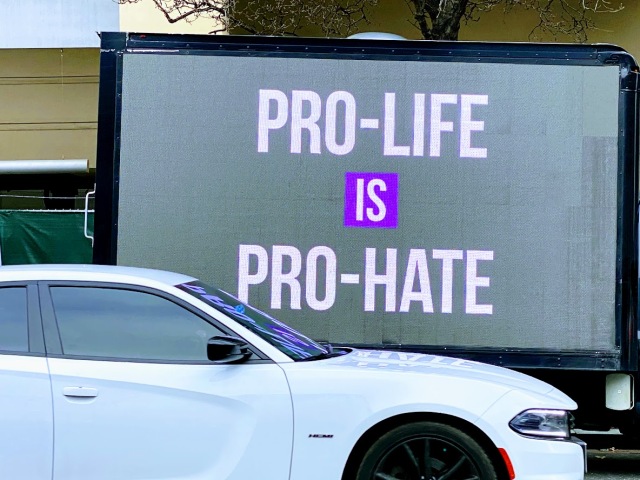 Does anyone get this sign from the Pro-Life rally last week?

But equating Pro-Life with hate doesn’t add up.

It actually seems the opposite that if you want to sanctify and protect life that you are loving people, not hating.

Sometimes to make a point, people will just say anything.

It’s related to “gaslighting” where they want to manipulate you into questioning your own beliefs, values, and sanity.

Perhaps, throwing around terms like hate just dilutes the real meaning of it similar to making other false accusations against people.

We need to argue the issues, and not attack each other. 😉 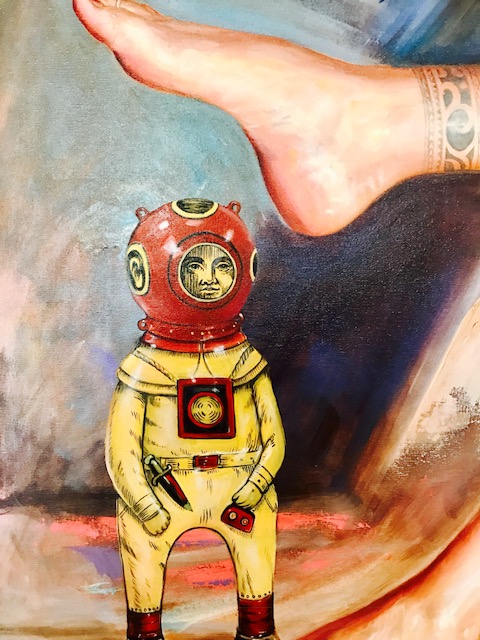 So I heard an interesting thought on crisis management:

Isn’t that frequently how politicians and lobbyists use the crisis, rather than deal with it.

In certain cases, some have even been known to actually create the crisis for their ends!

Whether it’s some politicians calling for strict gun control when there is a mass shooting (perhaps infringing on other reasonable 2nd amendment rights) or it’s right to life advocates demanding an end to funding for planned parenthood when some bad people are caught selling fetal body parts and so on and so on.

Maybe these things are the right thing to do–in which case, a very bad event can end up being an impetus for much needed change and thus, can facilitate in transforming society and from that perspective, be a good thing!

But is the change really and necessarily the right thing to do…or is the crisis de jure just an excuse to get what some people wanted all  along.

– Use (exploit) the crisis.

– Maximize the momentum from the crisis.

– Leverage the emotions from the crisis.

– Promptly turn the tables on the issue.

– Leave all compromise and negotiation aside, and seize the moment.

The lesson here is not to just react, because a sudden and impulsive decision may end up being an overreaction and cause negative unintended consequences down the road.

The pendulum tends to shift and swing widely in both directions–neither extreme is good.

Instead well thought policy, use of common sense, maintaining reasonableness, looking at all sides, and a general middle of the road approach usually yields the best results for the most people.

Crisis management should be just that–managing the crisis; the policy should be fully reasoned both before and after. 😉 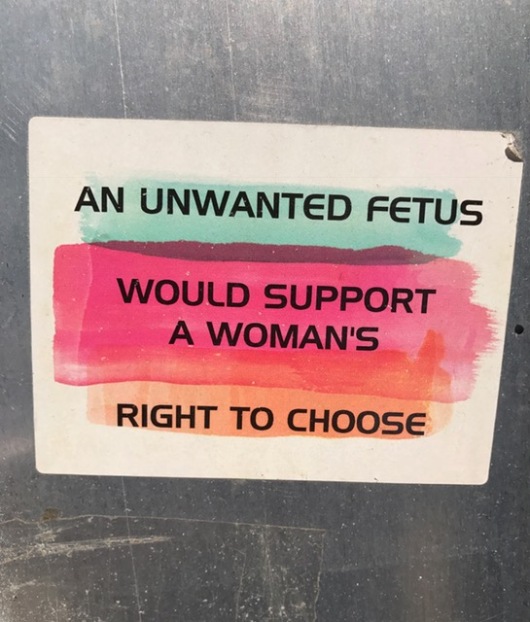 This sign pasted all around Washington, DC states that:

“An unwanted fetus would support a woman’s right to choose”

This means that a baby who isn’t wanted potentially grows up to be abused and would rather not have been born.

However, can anyone really say this with a completely straight face?

Sure, some types of abuse can be so terrible that perhaps death is preferable.

But other times, unwanted children become loved or at least accepted children or otherwise make great things out of their lives!

And parents who didn’t think at the time that they could do handle a child, find that they adapt or mature, and are better parents than they even expected.

Unwanted for an unborn baby shouldn’t necessarily mean an abortion anymore than any other unwanted person in your life should mean that you can just terminate them.

We aren’t G-d and we can’t just get rid of people we don’t like or want.

If that was indeed the case, there probably wouldn’t be many of us left in the world.

Of course, there should be exceptions for abortion in cases of rape, incest, severe birth defects, or a clear and present danger to the life of the mother or child.

Otherwise, a life is a life, and a fetus is a person with a soul like any other from the Maker of heaven and earth. 😉