I think that the Iranian ballistic missile attack on the American bases in Iraq was basically a sham and done in such a way, thank G-d, as to inflict minimal damage and causalities.

The Iranians are smart not to provoke the U.S. any further.

They may just have dodged a VERY BIG hit on their military.

The matter of weapons of mass destruction in the hands of the Ayatollahs remains an outstanding issue that MUST BE resolved once and for all even as we hope and pray for peace and security to prevail for the long term. 😉

As the deadline for the now 2nd round of current negotiations with the dangerous Iranian mullahs fast approaches on November 24, we need to remember who we are dealing with over there.

Despite nearly endless negotiations that have gone on since 2002 (or for almost 13 years), including yet another round of new talks that began 14 months ago and which were already extended once again…

Just this week, no less than Iran’s Foreign Minister and lead negotiator made clear their position on nukes and it is not favorable to coming to any real agreement:

Here in his own words:

While our goal may be for a peaceful Iran without nuclear WMD, “a goal without a [genuine] plan is just a wish!”

Hmm…is this a real partner for peace?

It is recognized that:

1) Iran has one of the world’s worst records of human right abuses of their own people!

2) “Iran is the single largest state sponsor of terrorism in the world.”

3) Iran threatens “annihilation” and Genocide to their neighbors in the West.

We cannot fool ourselves anymore that Iran will ever voluntarily give up their desire or pursuit of The Bomb!

Enough rewarding Iran with billions of dollars in incentives just for coming to the table with no meaningful results.

Yes ideally, we would all love to celebrate this Thanksgiving with a REAL deal for peace.

However, we don’t need a bogus agreement or another meaningless extension that gets the Iranians that much closer to nuclear breakout capability and the world to the next major regional or even global war.

Albert Einstein said, “Insanity is doing the same thing over and over again and expecting different results.”

Perhaps it’s time to change the playbook then…

Engagement is an excellent opportunity with a partner that is willing to seriously negotiate, but containment and ultimately military intervention is necessary when talks are simply a long-running ruse or sham to dangerous nuclear WMD and world terror. 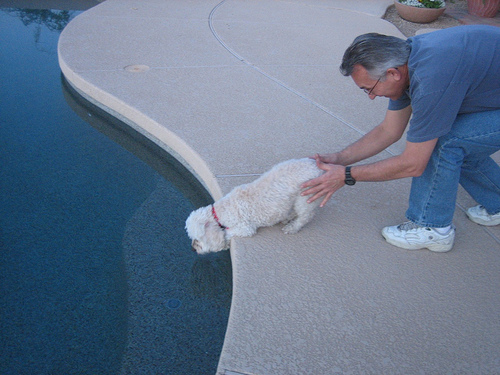 A combination of volunteer and told, to do something.

I couldn’t believe that this word is actually in the dictionary and means:

“When one has been volunteered for something by another person. Often against their wishes and desires.” (Reference: Unwords)

“The exact opposite of volunteering. Always used in reference to an unpleasant task to which you have been assigned by your boss.”(Reference: Urban Dictionary)

I’ve seen this used when the boss asks for volunteers for a task or special project. If no one volunteers, then the boss volunteers someone–telling them to do it. They have been voluntold!

One time, I remember a very tense meeting where a boss was presenting his vision for the organization, but at the same time putting down the status quo and everyone in it.

As one point, he asks for a volunteer to help with driving his vision forward (note: no one had bought into it), and no one volunteers.

The boss ask for a volunteer once, twice, and three times at the meeting as the tension rises.

Finally, a hand goes up and someone accepts the task.

He is the bosses new favorite and is told publicly at the meeting that he will be rewarded for “stepping up.”

The truth is he didn’t really step up, but rather succumbed to the pressure to do it.

Another victim of being voluntold.

In the end, he really didn’t perform much of what he volunteered for–not a surprise, since he never bought into it to begin with.

Sometimes, we do have to ask people to do things, but it shouldn’t be by force or undue pressure.

A leader builds his vision with his team–not for his team–and they move forward together to achieve their unified goals and objectives.

Telling someone to do something, and pretending that they are really volunteering fools no one and achieves nothing accept maybe calling out some pretend accomplishments to go with the pretend volunteers. 😉