So this is a city with a lot of secrets.

I’m not talking about just the run-of-the-mill, non-disclosure agreement (NDA).

This is Top Secret Tinseltown!

And even the stuff that comes out in the news–whether it’s clandestine transfers of $1.7 billion to the Ayatollahs in Iran or the Uranium One deal with the Russians, there is plenty of dirty little games going on.

What was hilarious is when when saw this huge industrial shredding truck in the parking lot:

And there were a line of cars waiting to get rid of their little secrets.

I kid you not when I say that on a Saturday morning, there were at least 25 cars in line to dispose of their “stuff.”

Now who do you know in what city that waits 25 cars deep in line for an industrial shredder on a Saturday morning.

And the cars are pulling up, the trunks are popping open, and boxes and boxes of paper and electronic files are being handed over.

Gee, I hope the Russians or Chinese aren’t getting into the shredding business…and inside the truck isn’t a large shredder but a bunch of analysts waiting for you to hand it all over. 😉 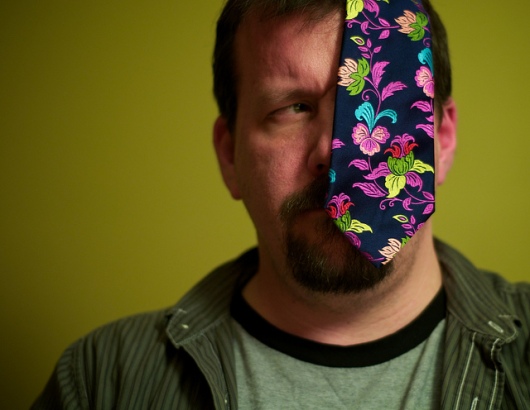 So ties are an unfortunate part of a man’s wardrobe.

But while some ties may look nice (in a feminine type of way), for the most part they are nothing but a pain in the neck.

– Enforced as the yoke of oppression

– Constraining since a tie ties

– Klutzy when oops!! it hangs out your fly

– Hazardous when caught in an office shredder.

– Disgusting when bending over and it flops into the toilet

Some day fashion will grow up and ties will go the way of The Waltons, and even Goodwill will throw them unabashedly into the trash where they most rightfully belong.