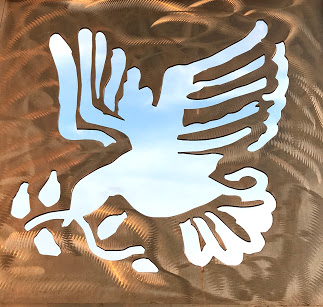 Please see my new article in The Times of Israel called, “Is That An Olive Branch Or A Gun.”

Our adversaries have become adept at terrorizing with one hand and painting themselves as victims with the other….The subterfuge of calling for peace, but seeking to murder has been going on for decades. The PLO charter that calls for the “liberation of Palestine” and the destruction of Israel was supposedly changed in the Oslo Accords, but it was never ratified. And the terrorist tactic of gaining ground (Gaza, West Bank, etc.) to further their strategic aim to attack and destroy Israel is well understood. Arafat became a master of this chicanery already decades ago when he came to the United Nations in 1974 with a “freedom fighters gun” on his hip and an “olive branch” in his offering. Today, the run of the mill terrorist continues this duplicity having become proficient at holding human shields (women and children) in one hand, and a gun or bomb to attack in the other. Similarly, organizations like Hamas and Hezbollah have cunningly split their missions of terrorism and murder of Israelis on one hand with social welfare and political cause for Palestinians on the other. They raise sympathy and seek to gain immunity at the same time as they continue to delegitimize Israel and conduct economic warfare and rampaging killing sprees.

In this regard, I wanted to share two sayings about not letting down our guard when it comes to the safety and security of Israel and our people. One, from the Romans, “If you wish for peace, prepare for war” also known as “peace through strength.” The second saying from former President Ronald Reagan, “Trust but verify” also know as “respect them but suspect them.”