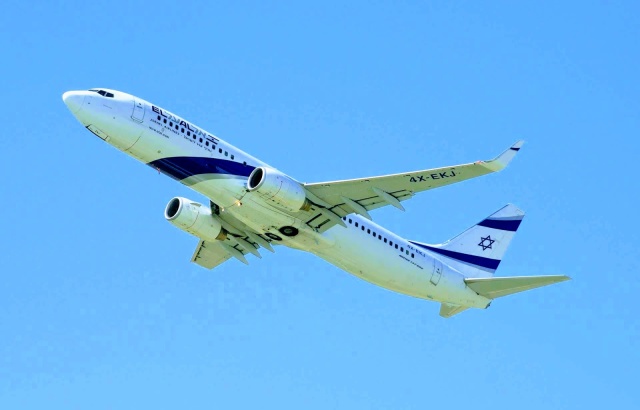 Please see my new article in The Times of Israel called, “Our Journey To Freedom Is Almost At The End.”

Despite our redemption from slavery in Egypt (1312 BCE), we continue through cycle after cycle of enslavement and exile.

In Kabbalah, we learn that the Jewish soul reincarnates until it reaches its spiritual enlightenment and fulfills all the mitzvot. Similarly, the soul of the Jewish people is reincarnated and relives painful destruction, slavery, and exile until we learn, grow, and finally become what we are destined to be as servants only of Hashem and as a light unto the nations. This has been our fate, but also it is one that we are finally nearing the end of with the return to the Promised Land and perhaps even the arrival soon of Mashiach. 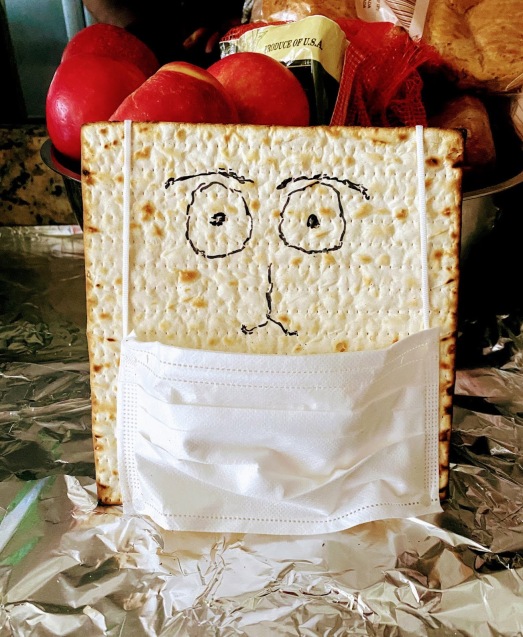 So this is what happens when Coronavirus pandemic coincides with Passover.

We get a Corona Matzah Man wearing his face mask so he doesn’t get sick, G-d forbid.

Even as we get ready to celebrate the seder tonight and recall G-d’s mercifully delivering us from Egyptian servitude, we also can be certain that He will deliver us from this dreaded Coronavirus.

G-d is all powerful and has a purpose for everything.

Perhaps, we just needed a reminder of who was in charge not only on Passover, but all the year round. 😉 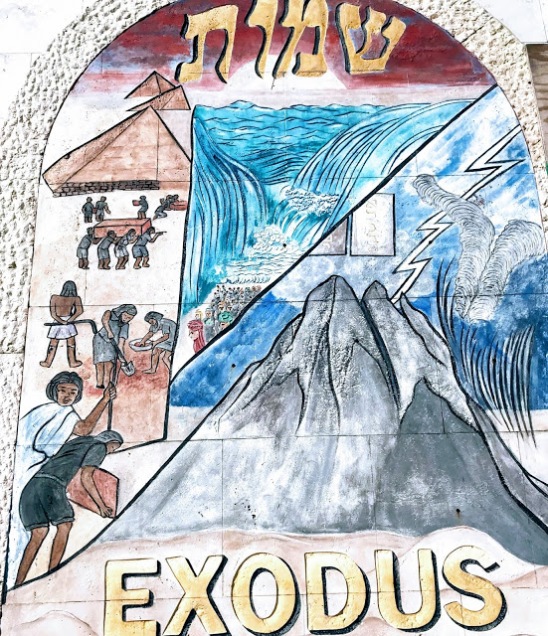 Please see my new article in The Times of Israel called, “From Victims To Victors.”

The critical image of transformation of the Israelites going from the very depths of slavery to the lofty heights of redemption, the giving of the Torah on Mount Sinai, and going to the Promised Land is relived again in our very own times. This happened immediately after the Holocaust, when the Jews left the death camps of Europe (in fact, many coming by boat over the Mediterranean Sea instead of on foot over the Red Sea as in biblical times) to come to Israel. Here too, the Jews went on to fight as free men in the War of Independence for the founding of the State of Israel just like the Israelites fought the Amalekites in the desert and the Seven Nations to receive the Promised Land of Israel. Furthermore, just like we received the Torah after the redemption from Egypt, we are seeing an incredible resurgence of Torah learning in Israel today.

In both cases of redemption, we had to transform from being victims of slavery and persecution to instead taking the reins in our hands, and with Hashem’s help, determining our own destiny and becoming the victors! Incredibly, just as the Israelites were redeemed by Hashem from Egypt and brought to conquer the Promised land 3300 years ago, so too were we, Jews, brought from the ashes of Auschwitz to the shores of the Israel to fight and become “a free nation in our Land, the Land of Zion, Jerusalem” (Hatikvah). And just like the redemption from Egypt resulted in the building of the Mishkan (Tabernacle) to worship Hashem in the desert, so too will we soon relive the redemption in the rebuilding of the Temple in Jerusalem. Again, in the right time, we will need to have faith and courage to rebuild it with our very hands, and this will happen speedily and truly in our days. May Hashem let it be! 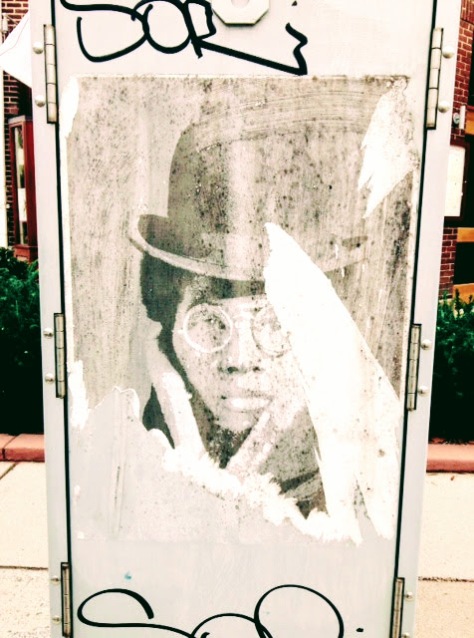 We saw the movie Harriet today.

Obviously, it was about Harriet Tubman and her rescuing the slaves through the Underground Railroad of secret routes and safe houses.

She was an amazing heroine that they even called her “Moses” for her rescuing the black slaves from the southern plantation where they were sorely abused in every way.

Even though she herself was a runaway slave who made it though a100 treacherous miles from Maryland to Pennsylvania to Freedom, she went back over and over again to save others.

The movie said she saved 70 other through the underground railroad and then in the civil war led the black troops to free another 750 slaves!

Her courage and faith through it all was truly inspirational.

I was so glad when she carried a gun and shot at her nemesis who enslaved her and her family before he could kill or capture and torture her.

She didn’t kill him, but she told him in no uncertain terms that people were not meant by G-d to own and enslave other people!

We need more people like Harriet Tubman in the world who fight for what’s right and clearly know the difference between good and evil. 😉 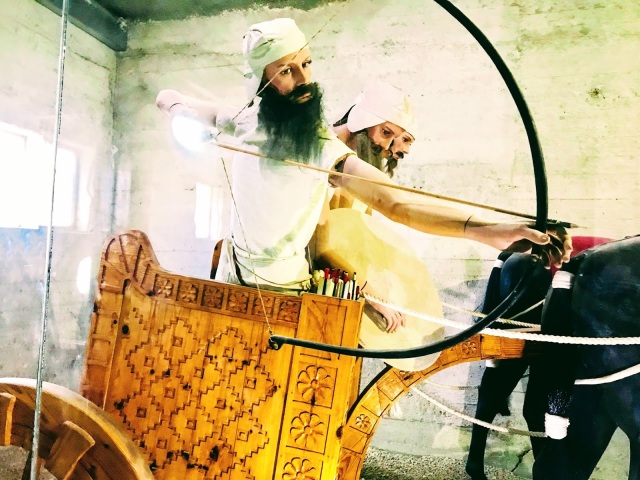 Please see my new article in The Times of Israel called, “And There Came A New King Who Knew Not Joseph.”

As we commemorate Passover, we remember that:

In Egypt, the Jews rose to the highest ranks, with Joseph being second only to the Pharaoh, and “Israel settled in the land of Egypt in the region of Goshen; they acquired property in it and they were fruitful and multiplied greatly.” (Genesis 47:27) But then: “A new king arose over Egypt, who did not know Joseph.” (Exodus 1:8) Similarly, in Europe, the Jews had risen to the highest ranks of society, they were free and prospered. They prospered and thrived religiously, and built synagogues and yeshivas to worship and learn in. Moreover, the Jews thought they were Germans (and other European nationalities), like everyone else, and that they were fundamentally safe. That is, until there arose a “new king,” Adolf Hitler (may his name be cursed forever), “who knew not Joseph.”

What will happen in America that we all love–will the pendulum swing once again to hate and anti-Semitism, where there comes a new king that does not know Joseph? 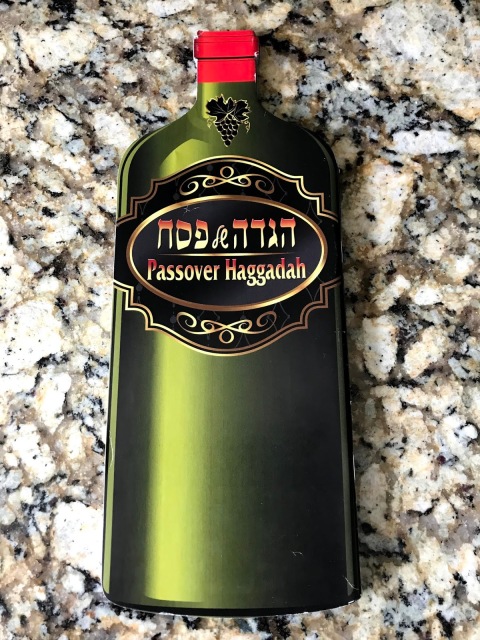 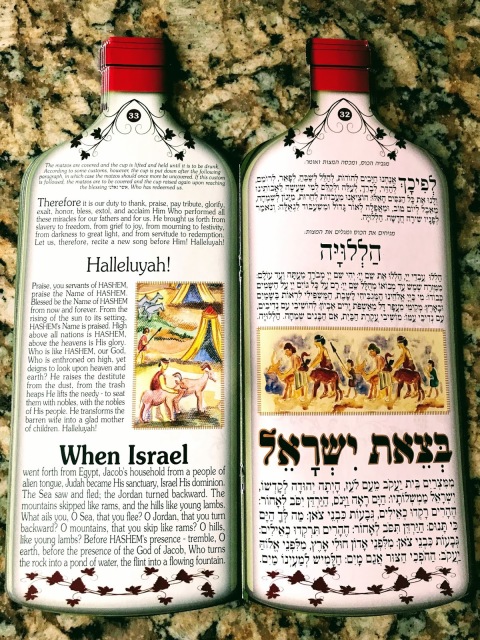 Thought this was a pretty cool Passover Haggadah.

Sort of sets the stage for the four cups of wine at the Seder.

I found this Haggadah in Israel, and I’m glad I got a few of them.

Wishing everyone a joyous Passover and Easter holiday! 😉 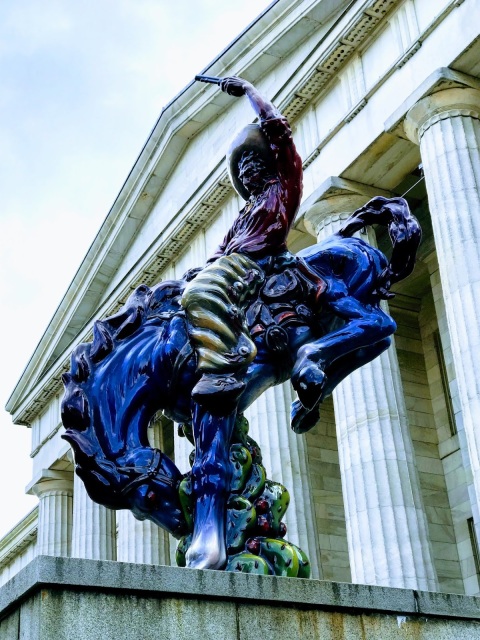 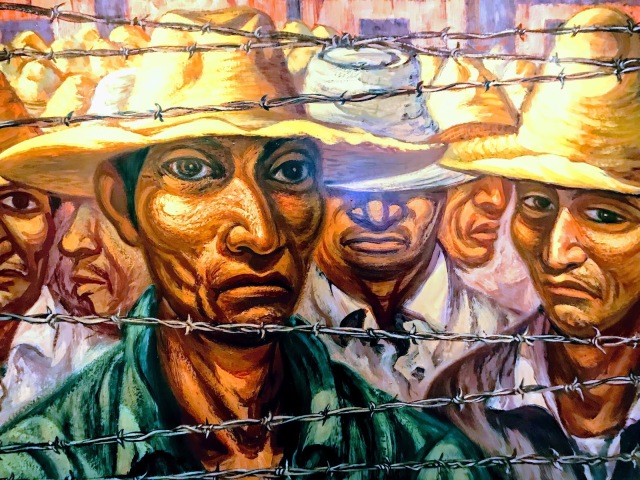 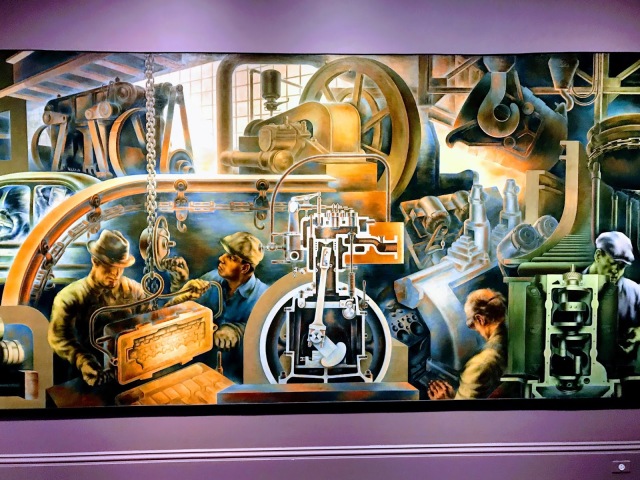 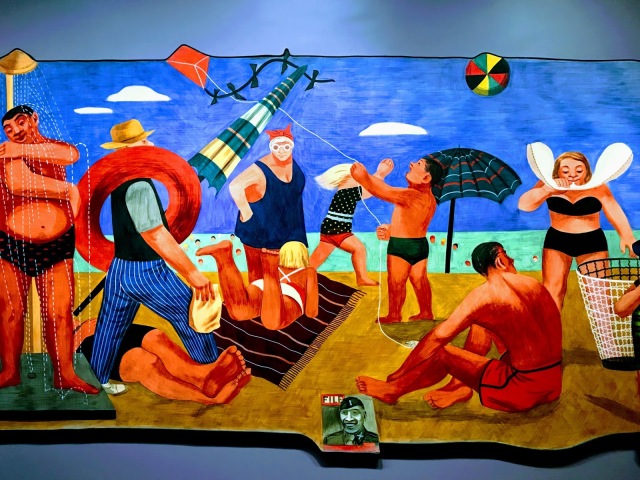 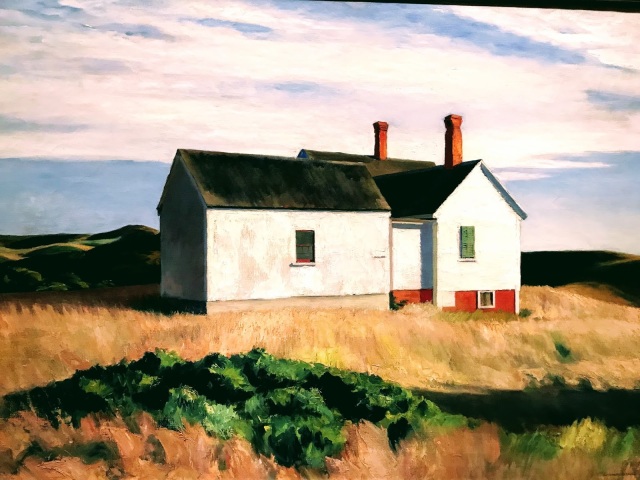 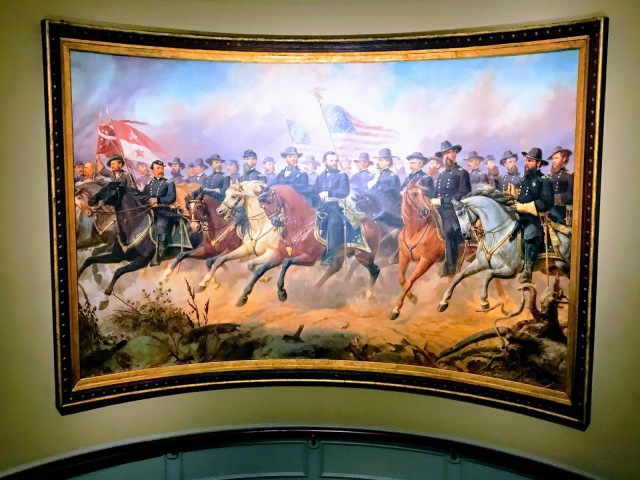 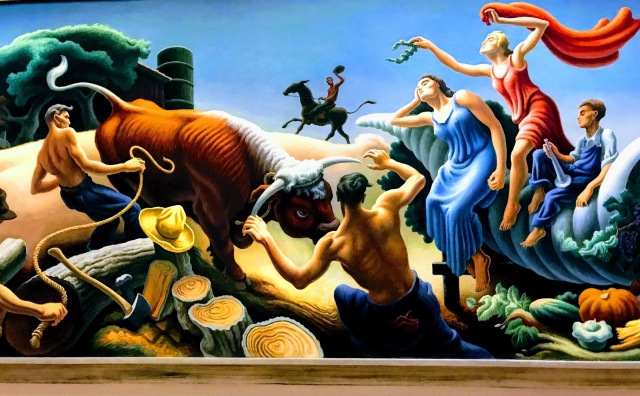 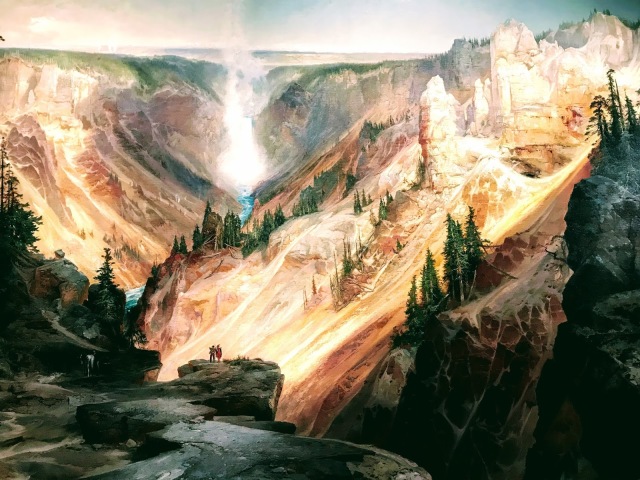 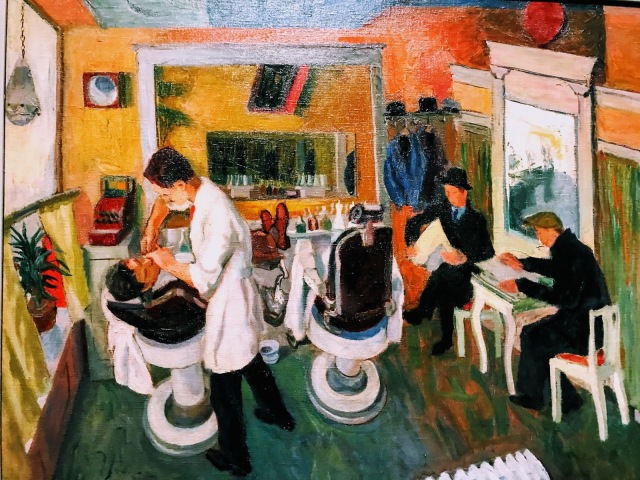 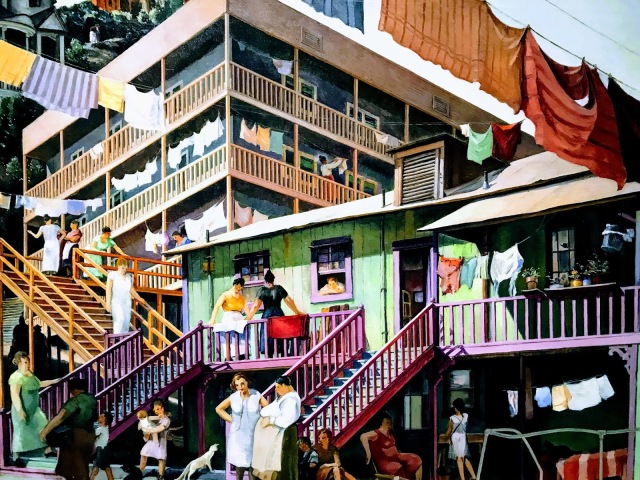 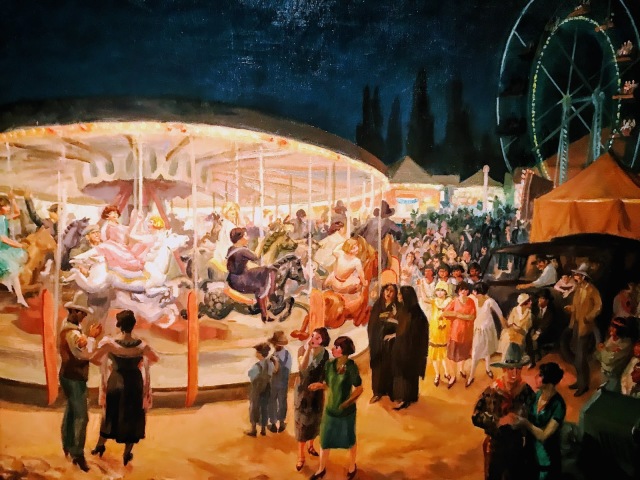 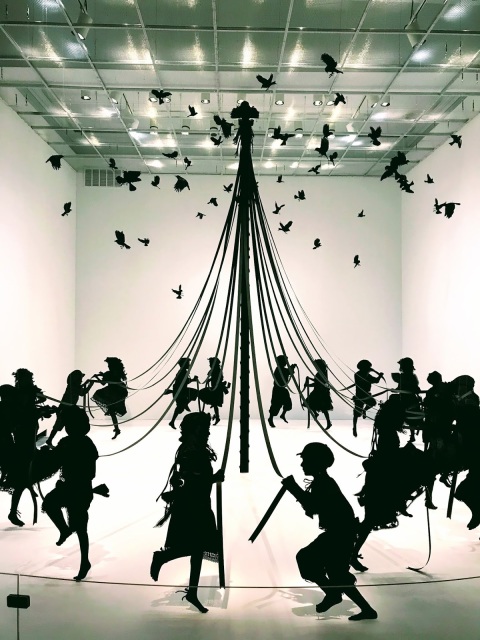 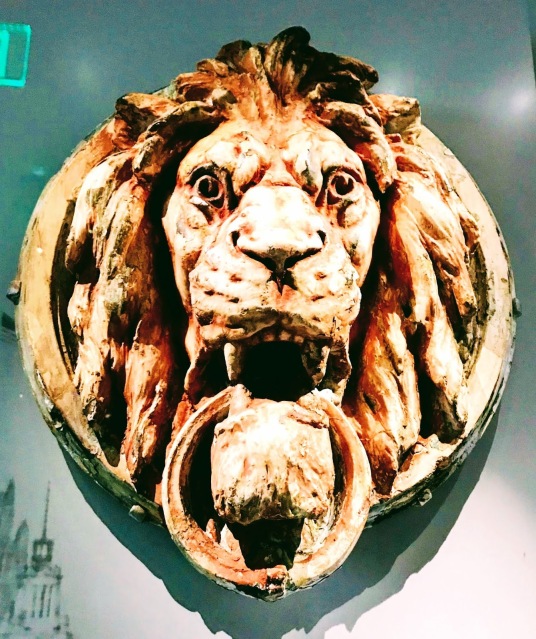 In truth, we are all handicapped in one way or another. One person comes from a meager financial background, another has no education, and yet another has any of a host of physical, mental, or emotional challenges. Essentially, we all have something that rightfully can hold us back. But still G-d chooses us to do His bidding. Whether it’s leading the Jews out of Egypt or standing up and doing what’s right in situations that we are confronted with every day, we are asked to go beyond our handicap.

We can’t let our handicaps prevent us from fulfilling our purpose in life–we need to meet the challenges head on with G-d’s help.  😉 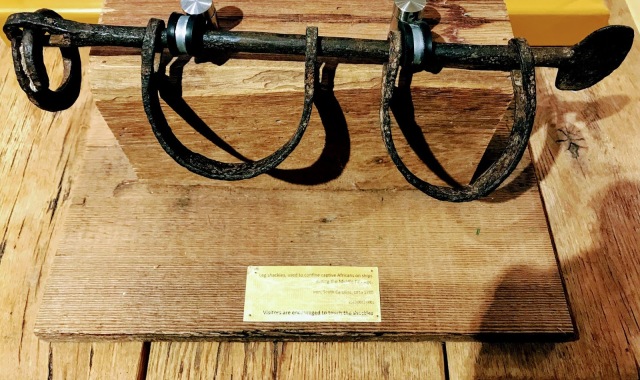 Please see my new article in The Times of Israel called, “Without Slavery and Genocide.”

Coming out of the museum, my daughter asked how anyone could actually do something like this to another human being. I had no answer to this…just like I have none to the Holocaust or any of the other incredibly cruel, sick, and wicked things that people do to each other.

Hopefully we can all have a brighter future without slavery and without genocide.  😉 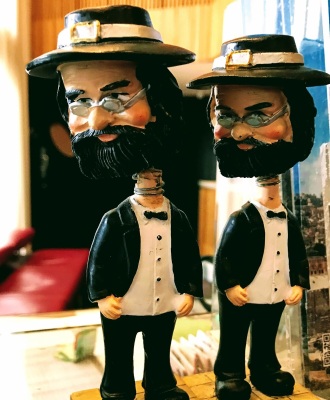 Please see my new article in The Times of Israel, called “The Jews Control It.”

Unfortunately, the anti-Semites continue their refrain of “The Jews control the world” from Wall Street to Main Street to K Street.

But what they are completely missing are the true secrets of Jewish creativity and thought.

I hope you will read the article to learn about Jewish values and our faith. 😉