So we watched the movie “Sold.”

It was about this young Nepalese girl (maybe age 12) who was sold into a horrible brothel in Kolkata, India.

She fought to keep from getting raped, but eventually they drugged her and tied her hands to the bedpost–where the evil bastards had their way with this child.

She and the other young girls in the brothel were raped about 10 times every evening to “repay their debts.”

The horror these children go through taken, beaten, drugged, and raped over and over again.

It’s unthinkable and the lowest grotesqueness of people who could possibly treat children this way.

Finally, the young girl does manage to escape to Hope House (a rescue shelter for the human trafficking victims) and with the information she provides, the police are able to raid the brothel and rescue the other children.

The movie tells how their are 5.5 million children around the world that are being sex trafficked–and I would presume that the real number is unfortunately much higher!

I can only imagine how G-d must cry heavenly tears for these poor children.

It is incredibly hard to understand that in some areas of the world poverty is so bad that some desperate families actually feel they have to resort to selling their children to survive.

In other cases, the children are preyed on and simply disappear.

Children who should be playing with toys are instead forced to be sexual play things.

Innocent children who should be treated with love and care are instead treated as animals for the sick and cruel physical pleasures of others.

Have mercy on these children—save these children from wherever they are bound and held–give them back their freedom and their dignity.

If ever there was a cause for people to rally around–surely, saving these children from sexual abuse and trafficking is one that all can agree is at the crux of our very humanity and mankind’s soul. 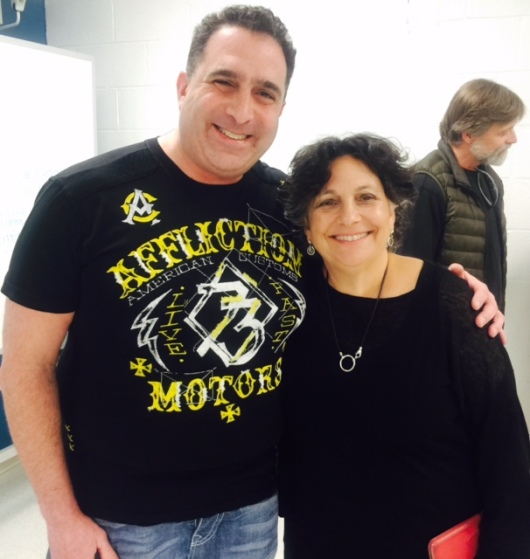 What an honor today to be able to take this photo with Roberta Grossman, movie Producer/Director.

First we saw her upcoming movie “Above and Beyond.”

It is the story about the birth of the Israeli Air Force, and it was co-produced with Nancy Spielberg (Yes, the sister of Director Steven Spielberg).

In 1948 when the U.N. (under G-d’s guidance) established the State of Israel, the Arab nations prepared to attack the fledgling nation state.

Just 3 years after the end of Holocaust, the surrounded Jewish people with inferior arms, faced almost certain devastating defeat in their War of Independence.

However, brave volunteer pilots from America, Canada, and South Africa answered the call to help their brethren in Israel.

With ingenuity, some smuggled air planes, brief training by Czechoslovakia, and the blessings of Hashem, the Israel Defense Forces stopped the advancing Arab armies–of Egypt, Syria, Transjordan, Lebanon, and Iraq–in their tracks.

It is an amazing story of courage and heroism, and Ms. Grossman did a wonderful job answering enthusiastic questions from the audience in Virginia today.

Kol Hakavod on a excellent film–thank you!  😉