This is one incredible parody video of what robotic warriors of the future will be able to do.

The robot takes an incredible beating and never misses a shot!

They even hit him numerous times with a battering ram for Pete’s sake.

Also, amazed that none of the actors in this video ended up taking a bullet or two.

Wow, the future is going to be amazing. 😉 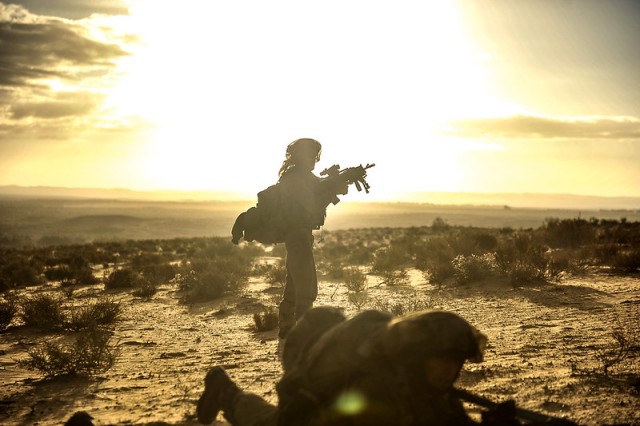 Please see my new article in The Times of Israel called, “Teshuva Through An IDF Soldier’s Eyes.”

He said, just think about it: “You have the chance to say I’m sorry, I regret what I did, and I won’t do it again, and be forgiven — what a tremendous opportunity that is!” I had never really thought of repentance in this particular way…as an opportunity. Usually, it’s more of something that is uncomfortable, difficult, and that we really don’t want to have to do.

So with a few more days to go before Yom Kippur, let us thank G-d for the chance to make amends and do better in life, because this is an incredible opportunity and a true blessing, and one that we do not know will ever come again.

I got my tickets for this today.

Can’t wait to see it! 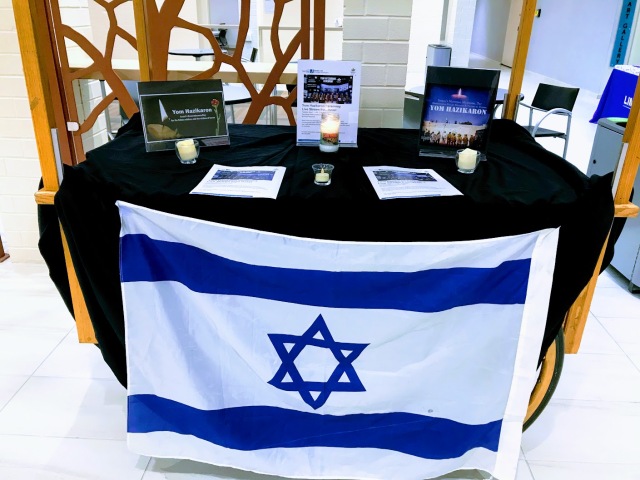 Brave, strong, and dedicated to the survival of Israel.

May their memory be a blessing!

Also a beautiful video my daughter, Minna sent to me. 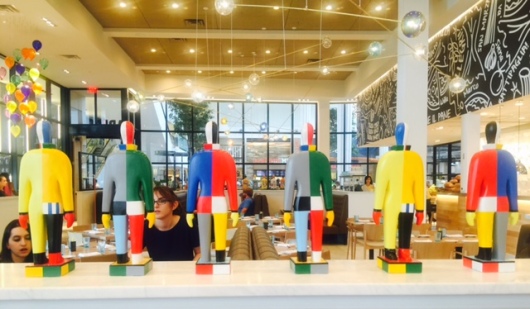 I saw this restaurant and followed the color in to take this photo.

They had these multi-colored figurines lined up proudly on the ledge overlooking the tables and patrons.

Each was different, but also the same.

They had no faces, and were cut this way and that into segments of color (head, torso, butts, arms, legs, feet)…uniformity, but diversity.

They are low-tech, but reminded me of robots or toy soldiers, but without the guns–just standing in colorful attention ushering people in to sit and eat and enjoy. 😉

This was something amazing that really gave me pause.

In the physical therapy center, hanging on the wall, encased in this wooden box.

A saw from the civil war that was used by the doctors of the time to amputate soldiers legs and arms.

The saw was so ominous looking, especially with it’s design of medieval-looking torture, it’s raw industrial quality, and the age and rust.

I could literally envision the utter fright on the faces of the young men upon seeing the doctor approach with this tool.

They would give you a piece of wood to sink your teeth into, so you wouldn’t bite your tongue off when they started sawing away at your limbs.

Not sure how people lived like this…not all that very long ago.

Enterprise architecture can plan, but it must also perform outreach to meet stakeholder requirements and get their buy-in and commitment. A plan without acceptance is shelf-ware.

National Defense Magazine, March 2008, reports on Robot Soldiers, where the technology now exists to make them autonomous and carry lethal weapons—a deadly combination—but the military is not ready to accept it (yet).

“An armed robot with body armor could walk into an ambush, ‘coolly find target, and prioritize them, without getting scared, without making a mistake…In a constricted environment you don’t want to go one on one with a computer controlled weapon system. You’re not going to win that one. The robot is going to get you before you get him.’”

These soldier robots have come a long way. In World War II, the Germans tele-operated 8,000 Goliath suicide robots to blow up bonkers or tanks. Now these robots are autonomous meaning they need little to no operator intervention. “A reconnaissance robot, for example, can be sent into a bunker without any radio link, and come out with a complete map populated with icons showing the location of people, weapons, or evidence of weapons of mass destruction.”

Additionally, robots can now carry lethal weapons, including guns and rocket launchers or non-lethal weapons such as pepper-ball guns, and they have various sensors “to help them navigate rooms and avoid obstacles,” and track friendly forces. They can protect themselves against tampering, conduct explosive ordnance disposal (such as in Iraq), patrol installations, and bring the fight to the enemy. The robot soldier can accompany a real-life soldier—it can follow and keep pace—and when the soldier picks up a weapon and points it at something, so does the robot. A handy companion indeed when you’re about to get into a firefight!

Yet, despite how capable these robot soldiers are, barriers to acceptance remain. Outfitting an autonomous robot with a lethal weapon to use against humans is a big step and one that many in the military establishment are not ready to accept. But is it just a matter of time, especially if our enemies are developing these capabilities too?

It’s interesting that technology can get ahead of our ability to accept it, integrate into our norms, cultures, and way of life. An enterprise architect’s job is not just to identify and introduce new technologies (and business process improvements) to the organization, but to actually help manage the change process and adapt the new technologies to meet the mission.

In the case of robot soldiers, the acceptance and culture change will need to be met with many safety precautions to ensure that even robots functioning autonomously can be managed safely.