A Sophomore at GW University, who had the brainchild for more and better kosher food options in Washington, D.C.

The kids are lining up for their whole brisket sandwiches on a pretzel bun with broccoli slaw and many other kosher sandwich and soup treats.

This is awesome opportunity for some terrific kosher food in America’s capital. 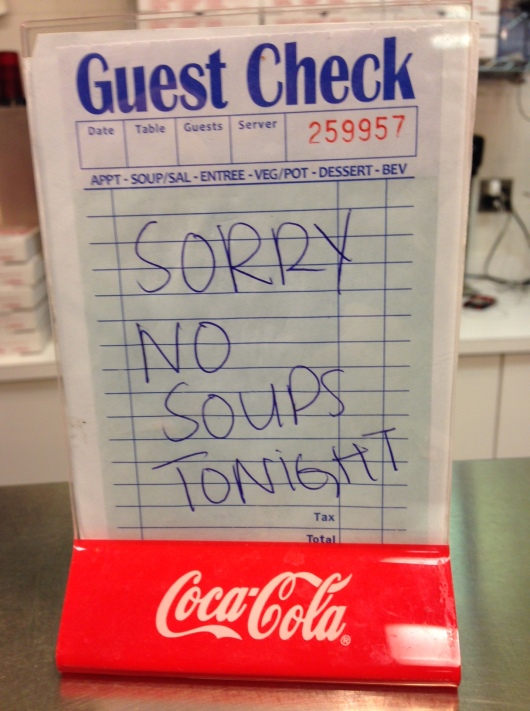 Remember the “Soup Nazi” in Seinfeld?

After some silly insulting encounter, the Soup Nazi refuses to give Jerry any soup saying in his deep accent, “No soup for you.”

Well, when I walked in the local pizza store and saw this sign on the counter, I couldn’t help but laugh a little.

It’s the real thing…and it says, “Sorry No Soups Tonight.”

And it’s sort of sloppily written on a guest check and placed in a Coca Cola holder.

I wasn’t too disappointed with the news though, since who gets the soup at a pizza joint anyway?  😉