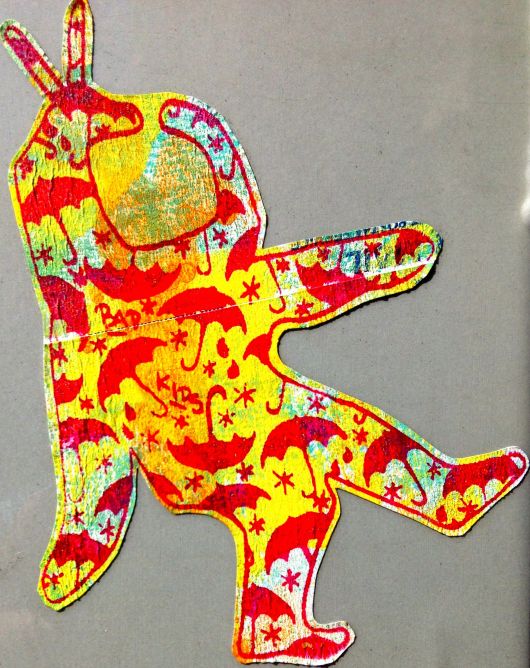 Very excited by news in the Wall Street Journal on advances for Space Tourism.

Paragon Space Development Corp is developing a space helium-filled balloon to take us into the wild-blue (and black) yonder.

The balloon will be as wide as a football field.

It will transport 8 people to an altitude of 18 miles, high enough to move around for about 6 hours and get a “panoramic view of the globe without having to wear space suits of don oxygen masks.”

The cost will be about $75,000 per person–which seems almost doable for middle class folks who want the ultimate travel experience.

In contrast, Virgin Galactic will rocket passengers 60 miles high where customers can experience weightlessness for about $250,000.

Other ventures are developing offerings of trips to the International Space Station, an orbiting hotel, and even the moon.

I think it would be so awesome to experience space travel and see G-d’s creations in a whole new perspective-filled way.

It’s amazing, we are so small in the realm of things, yet we fallaciously think we are so big. 😉

The BA-330 is an inflatable, expandable habitat that can be launched into orbit or used to colonize another planet.

According to Bloomberg BusinessWeek (2 May 2013), the space vessels are inflatable–like a football or car tire.

The inner core is an airtight bladder for living. The outer shell is composed of protective layers of foam and bullet-resistant Vectran fabric. In the center is a metal framework of electronics and equipment.

The “space habitat is folded tightly into the trunk of a rocket for launch, and released in orbit, where is inflated with a breathable atmosphere.”

Internal pressure makes the hull rigid and the up to 40″ of layered protective material make the habitat stronger and safer than conventional aluminum modules–and yet can be produced at half the cost!

The modules can be arranged vertically into the equivalent of a three-story home with kitchen, dining room, bedrooms, and gym.

NASA has plans for one of these modules to join with the International Space Station and to test it for future uses.

Bigelow wants to be the 1st space landlord renting out dwellings, work environments, and laboratories to tourists, scientists, and companies. “Bring your clothes and your money. We provide everything else.”

For only $51M you can travel to the Bigelow Alpha Station–it’s first commercial outpost–and enjoy 110 cubic meters for 60 days.

Someday, these early ventures into space will seen as the pioneers crossing the oceans to discover and settle new far away lands, but the difference will be millions of miles and infinite choices. 😉

User-centric EA establishes the baseline architecture, identifies user requirements, establishes a target architecture, conducts a gap analysis, and develops a transition plan to move from the baseline to the target. In some organizations, these steps are distinct, clear, and sequential; in other enterprises, the transformation occurs more fluidly and in parallel.

Virgin Group is an example of the second type of User-centric EA.

“Virgin, a leading branded venture capital organisation, is one of the world’s most recognised and respected brands. Conceived in 1970 by Sir Richard Branson, the Virgin Group has gone on to grow very successful businesses in sectors ranging from mobile telephony, to transportation, travel, financial services, leisure, music, holidays, publishing and retailing. Virgin has created more than 200 branded companies worldwide, employing approximately 50,000 people, in 29 countries. Revenues around the world in 2006 exceeded approx. $20 billion.” (http://www.virgin.com/)

Virgin is run by Richard Branson, a very dominant and visionary leader, who enables the rapid and fluid transformation of Virgin from one initiative to the next. Virgin is constantly identifying new opportunities and going after their targets, and they are not afraid to fail. Failure is viewed as part of being an innovative organization that seeks out new targets, ways of doing business, and new ventures.

The Wall Street Journal, 6 January 2008, provides an enlightening interview with Richard Branson with a callout of a quote as follows: “We’re not afraid of occasionally falling flat on our face.”

“Big-think is part of Mr. Branson’s M.O,” and transformation from current to target architectures is second nature for him.

“When he started Virgin Atlantic Airways, he was a 30-something music exec, and everyone thought he was crazy, including his own board of directors…eventually, Virgin Records, his first business, was sold to help support the growing airline… [and] the sales of his record company in 1992 came at the best possible time, just before the traditional music industry headed into a downward spiral that continues to this current day.”

How is this enterprise architecture? Branson is planning and executing almost in parallel. He synthesizes business and technology and transforms his current organization to ever-greater endeavors.

For example, Virgin Group is now initiating “Virgin Galactic,” which “plans next year to begin taking tourists to the edge of space in a special aircraft.”

Now with the global credit crisis, Branson and Virgin are again on the EA prowl. They’ve identified Northern Rock (a UK mortgage lender) for possible acquisition. As Branson states, “In times of strife, there are certainly opportunities.”

Branson has set his sights on many other ventures—business, environmental, and philanthropic. In 1994, he launched Virgin Cola, going head-to-head with Coke. Recently, Virgin has committed $100M to their Green Fund for investment in alternate energy. “This year, he launched a service of health workers riding around on motorbikes in Africa to help build an elephant corridor in Kenya.”

Virgin is open to tackling the most difficult of problems. These include: finding ways to incentivize countries not to cut down rain forests, and creating massive inland lakes in Africa and Asia to deal with rising sea levels to prevent flooding and cool the earth, and fertilize deserts. These also include helping to counter climate change, and even, through a group called the Elders, to tackle world peace.

No target or plan is too big or far-fetched for Virgin, and it undertakes change with fluidity and grace. Virgin identifies the needs and opportunities to make a difference, establishes its target, and works creatively to transition to the target and achieve its goal. Failure at the margins is acceptable as long as the aspirations and successes loom large.

Virgin Group is a good example of EA performed fluidly and with great success.