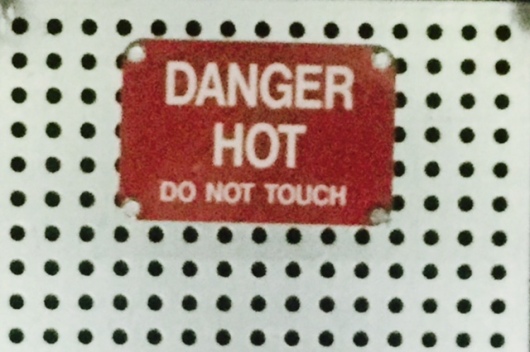 So I have never ever heard so much talk about doomsday as I am these days.

Earlier in the year (January 2015) the Doomsday Clock moved up to 3 minutes to midnight–that was a full 2 minute move or 40% advance to the end of times.

The cited reasons by the Bulletin of Atomic Scientists:

Essentially, these “pose extraordinary and undeniable threats to the continued existence of humanity.”

But on a daily level now–

Islamic extremism showing through post 9/11 mounting turmoil and unbelievable terror in the Middle East, including seeming non-ending ISIS brutality, Iran’s march towards nuclear weapons and advanced ballistic missiles, the Sunni vs. Shiite war for dominion centering (lately) in Syria, Iraq, and Yemen but with much larger geopolitcal overtones towards a return of a powerful caliphate to challenge the West, fighting between Muslims and Christians in countries like Nigeria, ongoing terror threats to the democratic State of Israel, and a rising tide death, casualties, and refugees.

Russian aggression in multiple countries and regions including Georgia, Ukraine, and Syria, air and naval military incursions and encroachment towards Turkey, the countries in the Baltic Sea region, the Arctic, and even a Russian military satellite parking itself between 2 U.S. satellites yesterday.

China’s militarization including greater military spending on advanced weapons, Island/posts building in the South China Sea, and ongoing threatening overtures toward Taiwan and other neighbors, and cyber warfare conducted against the U.S.government and the private sector.

The drumbeat of climate change and environmental deterioration (unsustainable practices of deforestation, overfishing, pollution, and the extinction of countless species) is being felt in changing weather patterns, global warming, glacier meltdown, alternating threats of flooding and drought in various part of the world, major storms and lightening patterns, and an uptick in natural disasters (tsunamis, hurricanes, and tornadoes), and an overall trend towards shortage and conflict.

Dysfunctional political systems that are bogged down with endless indecision, infighting, bickering, finger-pointing, stalemates, shutdowns, pork barrel spending, catering to special interest groups, short-term wins at the expense of long-term goals, corruption, and a lack of strong capable leadership at the helm.

An article I read recently from Russian Times, I believe, said how the U.S. teeters just steps from potential collapse by just relatively easy societal interruptions (presumably that they could facilitate) and that with farms/food production far from major metropolitan areas, people hooked on drugs that they could not get supplies for, and other severe disruptions in our critical care needs, we would be in big trouble–the message was clearly watch out, you are extremely vulnerable.

That these tactic threats and overtures are already being made explicit is not a good sign. Just politicians and countries throwing around their weight or jockeying for position on the world stage–who knows?

But people are frail, countries are vulnerable, budgets are limited, and bad things can and do happen if we are not careful in a world ticking closer to very dangerous times and events.

The coming realization of the prophecy of a devastating world war–of Gog and Magog–is what people are saying to me.

In conversation about deteriorating world events, my wife innocently asked someone this week–“Can we avoid a major world war?” Their unequivocal response, “No, it’s inevitable!” 😉