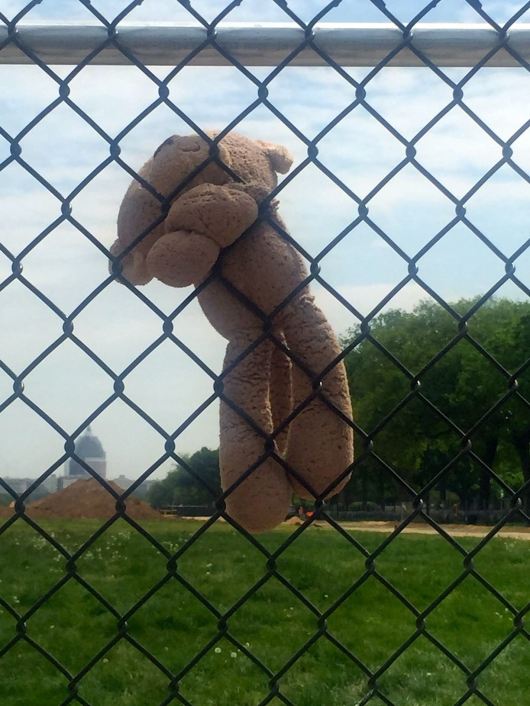 Thought this was an awesome photograph.

Taken on the Washington, D.C. Mall…

You can see the Capitol of the United States in the background.

The gate is surrounding the construction being done.

On the fence is a Teddy Bear–representing so many of our national challenges–sort of just hanging there helpless.

This political bear looks like he’s clutching for dear life, but unfortunately he is left hung out to dry as we just keep chugging away…but where is the real progress?

– China and Russia are “becoming [ever more] aggressive as they perceive U.S. pulling back.”

– Cyber insecurity is a “real and growing threat.”

– There is a growing danger of a catastrophic EMP attack with a “staggering human cost.”

– Economic growth is “grinding to a halt.”

– National deficit is “projected to skyrocket over next decade.”

This doesn’t mean that good things aren’t continuing to happen especially with innovation despite all the gridlock…there is the Apple Watch (ok, the jury is still out on that one too).

Why don’t we let the bear down gently please. 😉