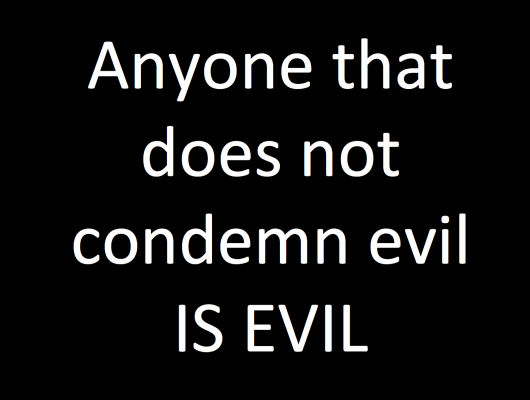 Both are reprehensible!
When you don’t condemn evil and wrong-doing, there is no room for reform and progress.

Good must win over evil and righteousness will reign over the Earth.
(Source Graphic: Andy Blumenthal)

There are big deadly weapons to worry about, such as weapons of mass destruction that come on an ICBM or even in a suitcase bomb to frightening armies of massive killer robots.

And then there are small nanobot weapons to worry about–which don’t sound like much, but they could be the ultimate killer machines.

About 10 nanometers make up the width of a human hair, so we are talking about microscopic or bug size weaponized drones.

Nanobots can be manufactured or scarily can be self-replicating.

They can fly alone or in massive swarms.

They can surreptitiously enter/exit and carry out their missions virtually undetected.

Whether surveillance or delivering a mini-nuke or a toxin.

Nanobots could function like a biological weapon killing millions–targeted or indiscriminately.

Cambridge University forecasts a 5% chance that nanotech weapons could cause a human extinction level event by the year 2,100.

Soon wars will not be fought by people any longer–by rather by robots and nanobots.

People are too fragile for fighting and war against ruggedized and militarized bots that are designed for one purpose only…to kill, kill, kill.

Terminators are coming–from massive to nanoscale–and mere humans will be dogmeat to these killing machines.

Add in a cyber warfare component that will turn off 21st century civilization leaving us to fend as if we were back in the stone ages, and overpopulation is the last and funniest joke any of us will ever tell. 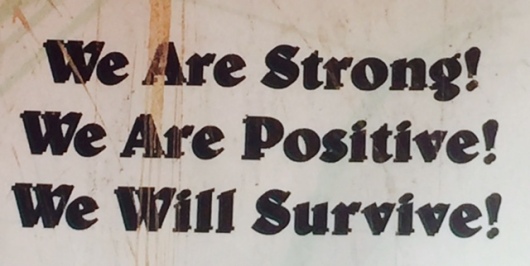 So I took this photo today at Harpers Ferry, West Virginia.

Does someone who says these things sound like they really believe it or far more likely, it is that they need to tell themselves these things, because they are really not feeling so confident after all?

What’s the unfortunate message behind these words?

– We spend $610 billion on defense–more than the next 8 super nations combined–yet somehow we feel vulnerable and weak, especially with terrorism and a resurgent Russia and China.

– We are so fortunate to live in freedom, democracy, seeming prosperity, and have everything to be positive and thankful about–yet 80% are dissatisfied and think we are heading in the wrong direction.

– We are the world’s superpower of nations–with wealth, armaments, a seat on the UN security council, and more than 800 bases around 80 countries in the world–“more than any other people, nation, or empire in history,” yet most Americans think we’re faring poorly and that their children will be worse off than themselves!

How can so much security result in so much insecurity?

The answer should be obvious.

When people don’t believe in the wisdom of their leaders, then no matter what they have or spend or where they are coming from, they are at risk of losing it all.

We don’t believe we are strong, because we see other nations spending less on their defense, yet getting more in terms of security for the people.

People don’t feel positive, because they don’t see good decisions being made, progress toward a better future, and confidence in the future being shaped.

Questions about our very survival are surfacing because:

– We have seen millions of jobs disappear to our competitors overseas

– Bankruptcy to the critical entitlement pillars of Social Security and Medicare are being regularly forewarned.

– Corrupt politicians who are supposed to be looking after us and effectively governing us are instead doing terrible wrongs, yet they are endlessly allowed to be above the law.

– There is non-stop global terrorism and a reluctance to even call it what it is let alone truly fight to win.

– We face out of control proliferation of weapons of mass destruction and yet remove sanction and release hundreds of billions of dollar to the largest state sponsor of terrorism and human rights abuses.

– Open hostility to the U.S. is present as nations are doing what they want whether it terms of nuclear and ballistic missile development and testing in Iran and North Korea, using chemical weapons on civilians in Syria, annexing Crimea, buzzing U.S. planes and ships and conducting cyber war by Russia, and orchestrating a vast military build up in the South China Sea–and all without meaningful consequences.

So everyone repeat after me:

If you say it enough, you may actually start to believe it.

Then again, if you start listening to your true inner feelings, you may start to see the vast political gimmickry being played out on you. 😉

Over 7 long years, the promise of “hope and change” has given way instead to the disappointment of chaos and dysfunction.

Just some 30 examples off the top of my head…

29) Epidemic of SUICIDE AND SUBSTANCE ABUSE

Now, one of our main hopes has to be genuine change for the better. 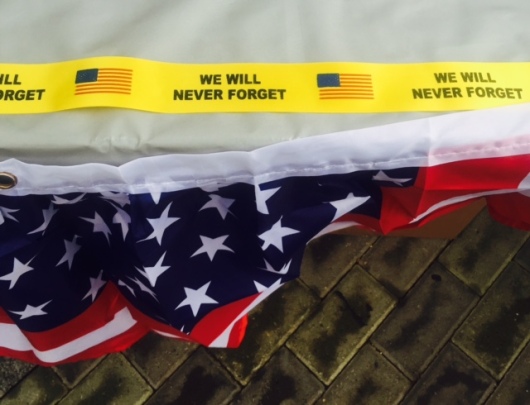 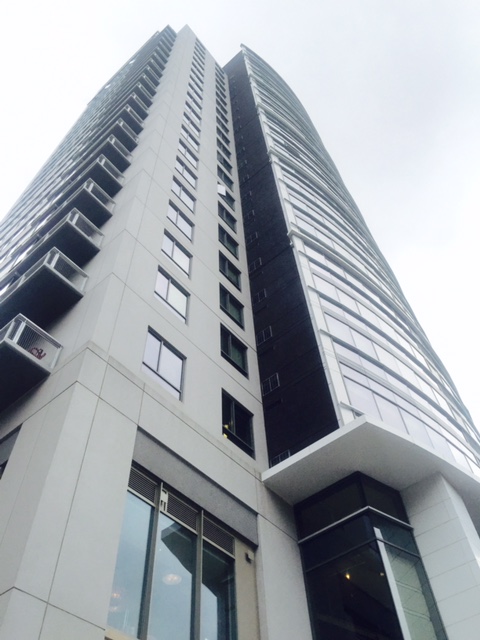 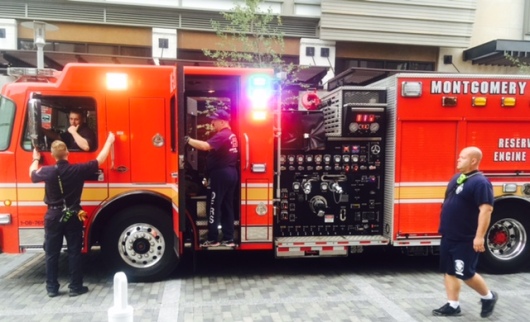 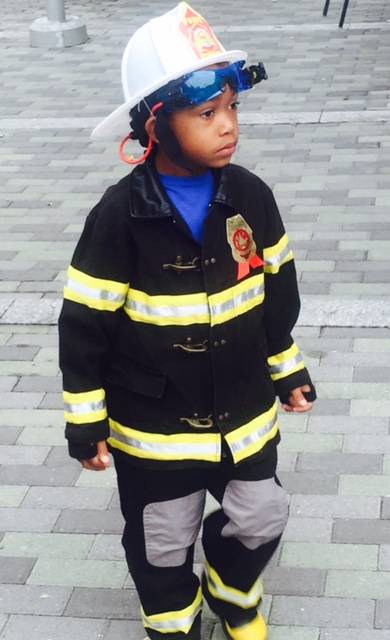 It’s the weekend before the anniversary of 9/11, and today in full gear, about 100 firefighters and police officers climbed the 28-story tower in Rockville 4 1/2 times today equaling the 2,000 stairs in the World Trade Centers.

This to remember the 343 firefighter and 71 police officer heroes that fell that fateful day.

Also, to raise funds for the firefighter burn fund.

It is so important that we not forget the devastating terrorist attack by Islamic extremists on 9/11 that took us by surprise and cost this nation so dearly.

Reckless pacifism, appeasement, cowardice, and running from the fight without defeating the enemy and restoring societal order will only bring the fight to us.

We need ongoing vigilance, investment and improvements to homeland security and our national defense, and the spread of freedom and human rights across the globe.

(The interview with the firefighter was narrated by me, Andy Blumenthal)

(Source Photos: Me as well).