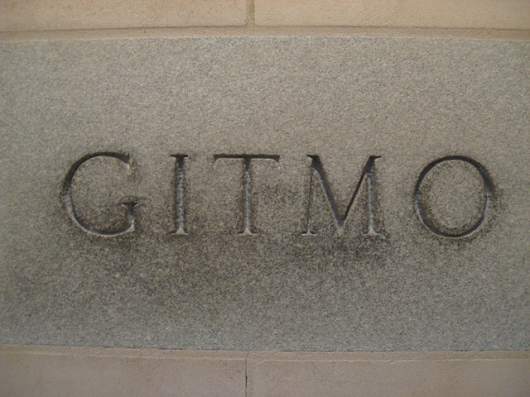 So over and over again, we read about the desire and promise by some to close Guantanamo Bay (“Gitmo”)–the prison for terrorists against the U.S.

What are the reasons given and do they make any sense?

1) It’s costly–Yeah, it’s costly to house prisoners, especially incredibly dangerous ones like terrorists who commit mass murder like in 9/11, but what is the cost of letting them go free, especially when the known recidivism rate of the released detainees is close to 29%!

2) It inspires other terrorists–Really, since when does imprisoning bad apples inspire other bad apples. Isn’t one of the well-recognized and intended purposes of incarceration is to dissuade and deter bad behavior, as well as to rehabilitate. Even according to those who question the effectivenss of the deterrent capability of prison, studies show that it should be used to “incapacitate offendors (particularly, those of a chronic, higer risk nature).” In other words, we need to take and keep the terrorists off the battlefield!

Can an argument be made to bring the terrorists into prisons on American soil? Sure, but it makes a lot more common sense not to bring terrorists into the American heartland and risk further violence and danger to our citizens from known terrorists and their jihadist associates.

Additionally, after 9/11 and the loss of almost 3,000 people, our brave U.S. serviceman and women spent a lot of time and hard work and risked their own lives to capture these dangerous terrorists…why would we want to release the terrorists endangering our military and our citizens all over again (especially when the threat has not abated–see below)?

Has the threat of terrorism gone away that we can say the war on terror is over and so let’s send the terrorists home (the question itself almost sounds ludicrous for anyone living in the age of ISIS, Al-Qaeda, Hezbollah, Hamas, Islamic Jihad, Boko Haram, and more)?  Well, according to the RAND research experts, “there has been an INCREASE in the number of Salafi-Jihadist groups, fighters, and attacks.”

And after the recent attacks in Paris, San Bernardino, the downing of the Russia airliner, and many other terror strikes, it is no surpurse that “Americans name terrorism as the No. 1 U.S. problem.”

Perhaps, this helps us understand why Congress is blocking the closing of Gitmo, and why none of us should be able to understand why violent, dangerous terrorist detainees are continuing to be released to hurt U.S. citizens again.

As the deadline for the now 2nd round of current negotiations with the dangerous Iranian mullahs fast approaches on November 24, we need to remember who we are dealing with over there.

Despite nearly endless negotiations that have gone on since 2002 (or for almost 13 years), including yet another round of new talks that began 14 months ago and which were already extended once again…

Just this week, no less than Iran’s Foreign Minister and lead negotiator made clear their position on nukes and it is not favorable to coming to any real agreement:

Here in his own words:

While our goal may be for a peaceful Iran without nuclear WMD, “a goal without a [genuine] plan is just a wish!”

Hmm…is this a real partner for peace?

It is recognized that:

1) Iran has one of the world’s worst records of human right abuses of their own people!

2) “Iran is the single largest state sponsor of terrorism in the world.”

3) Iran threatens “annihilation” and Genocide to their neighbors in the West.

We cannot fool ourselves anymore that Iran will ever voluntarily give up their desire or pursuit of The Bomb!

Enough rewarding Iran with billions of dollars in incentives just for coming to the table with no meaningful results.

Yes ideally, we would all love to celebrate this Thanksgiving with a REAL deal for peace.

However, we don’t need a bogus agreement or another meaningless extension that gets the Iranians that much closer to nuclear breakout capability and the world to the next major regional or even global war.

Albert Einstein said, “Insanity is doing the same thing over and over again and expecting different results.”

Perhaps it’s time to change the playbook then…

Engagement is an excellent opportunity with a partner that is willing to seriously negotiate, but containment and ultimately military intervention is necessary when talks are simply a long-running ruse or sham to dangerous nuclear WMD and world terror.