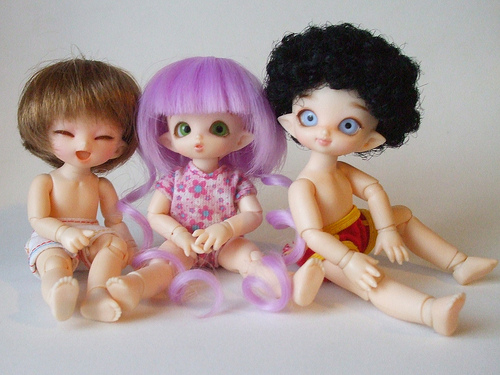 Sony has so missed the mobile technology revolution.

In desperation, Sony has filed a patent for the SmartWig.

How incredibly useful (uh, not)?

Your faux hairdo can dial your hairdresser and make your next appointment for you.

It can locate via GPS the nearest salon.

And the SmartWig can even take selfies while you admire yourself in the mirror.

While Sony is goofing around again, and hasn’t had a hit since the to die for Sony televisions of yore (and let’s not forget the Walkman from 1980s), Google is moving out with bravado on Glass.

Google is getting display space for Glass in eyeglass retailers, and working with opticians to make prescription lens eye-Glass.

Let’s just say one company gets wearable technology and the other is hiding under wigs in The Technology Hall of Shame.

Then again, one customer may be interested in talking with Sony—the CIA for undercover operations.

Maybe a Smart Groucho Marx mustache that automatically shakes out the soup after you eat would be a cool new product, as well–go for it Sony!

First there was Wikipedia and now there is Quora.

On January 15, 2011, Wikipedia celebrated it’s 10 year birthday, and according to Bloomberg Businessweek, it now has more than 17 million entries (compared with only 120,000 for Encyclopedia Britannica) in 250 languages and is one of the most visited sites on the Internet. Moreover, the accuracy of the crowd-sourced Wikipedia has generally been found as good as traditional encyclopedias.
But despite the phenomenal growth of Wikipedia, a new site, Quora is finding a place for itself in online knowledge management, as one of the key question and answer (Q&A) destinations of the web (others being Answers.com, Yahoo Answers, and more–which were apparently found lacking by the founders of Quora).
According to Wired (May 2011), Quora is only 2 years old and already has about 200,000 people visiting the site each month. The approach of Quora is to create a searchable knowledge market based on merging verifiable facts with people’s personal experiences and observations or what Wired calls “the large expanse between…the purely objective [e.g. Wikipedia] and the purely subjective [e.g. Facebook, Twitter, etc.].”
Quora is looking to capture what it believes is the “Ninety percent of information people have [that] is still in their heads and not on the web.”
The site is also creating a community of people who participate in asking and answering questions, and can select to follow topics and people of interest, and vote on whether answers are helpful (“voted up”) or not to push answers up or down the page.
Similar to Wikipedia, answers can be “trimmed, corrected, or otherwise massaged by one of the rigorous volunteers” (of which their are now more than 100–Quora only has 18 employees). Answers are “written for the world, and for anyone who has that same question for the rest of time.” And even questions can get “extensively reworded.”
Wired asks is this just another popularity contest on the web or self-promotion for the self-proclaimed experts? One of the volunteers responds that “This isn’t about job searching. It’s not about raising money. Most of us who are heavy users can already do that without help. It’s a sense of sharing what we now, and it’s being part of a community.”
Of course, while critics may call them pedantic or petty, the Quora participants are on a mission to build a vital and timeless knowledge repository–“the modern-day equivalent to the Library of Alexandria”, so perhaps the people chic has to be balanced with information usability.
On January 21, 2011, Tech Crunch awarded Quora “best new startup for 2010.”
It will be interesting to see where this goes…the funny thing for me was that I ended looking up Quora up in Wikipedia. 🙂

Jim Bueermann, former Chief of Police of the Redlands Police Department in California is a visionary when it comes to his adoption of iPhones and iPads for law enforcement.

I was fortunate to have met Chief Bueermann recently when he shared his experiences with Apple technology.

Earlier than most people, Bueermann saw how smartphone and tablet technologies could change the way his department could do business. He understood that information available to his people was as potent a force as a physical advantage.

This video shows his officers using it on the beat and back in the office – it’s ubiquitous for them.

On the Apple profile, Bueerman states: “It allows them (his workforce) to look at satellite maps, access the Internet, send emails, and take photos of potential victims and subjects.”

Lt. Catren of the Redlands Police says that “Having all this information at your fingertips and being able to share it instantaneously with other officers in the field is invaluable” and has led in many cases to identifying perpetrators and capturing suspects.

In the video, we see police officers using mobile technologies for everything from capturing information to giving presentations, from sharing suspect photos to analyzing and reporting on criminal activity, and from scanning property to taking and watching video surveillance.

I like when one of his officers explains that because of the portability and ease of use of these technologies, they are basically “made for law enforcement.”

Moving to iPhone and iPads (and Droid devices etc.) with all the available innovative Apps at the touch of button is a culture change organizationally, but also it is a game-changer for how we use information technology anytime and anywhere for protecting people and saving lives.

Just because a technology is user-friendly, doesn’t mean that it isn’t “serious business.”

Redlands PD is a great illustration, although on a small scale, of how we can adopt what was only a few years ago considered “consumer technology” and use it to great effect in the enterprise.

While Apple doesn’t have a monopoly on this technology, it is certainly a good example.

Today, I participated on behalf of my agency at the Adobe Government Assembly: Engage America on a panel for mobility solutions.

I shared the lessons learned from our experience and pilot of mobile devices, including:

1) Be prepared to give the end users as many apps as possible—they want it all just like on their desktops.

2) In mobile devices, size and resolution matters. Although people like miniaturized devices, they want the display of the information and graphics to be clear and visible.

3) Users did not like using a stylus for navigation.

4) Users in the field don’t have time or patience to decipher complicated instruction guides—it’s got to be intuitive!

5) While security is critical, usability is key and it’s a balancing act.