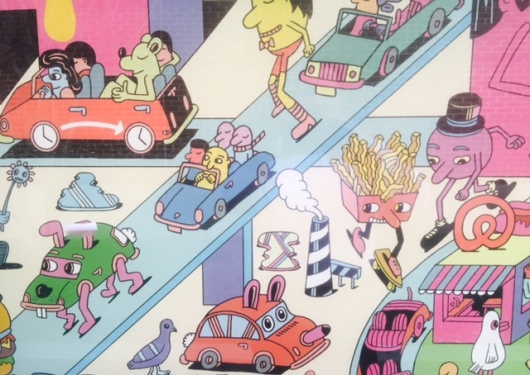 So today the Washington D.C. Metro has a full suspension of service for at least 24 hours over the entire system.

Metro says it is to check safety after a fire on the system on Monday, but the hastiness and extremeness of the action has many scratching their heads and asking “Terror Threat?”

Either way, better safe than sorry!

It’s funny because just on the way home yesterday, I took this photo of what I believe is a advertisement for taking Metro (instead of driving) or for some reason I took it as that.

Metro is supposed to get you there, but doesn’t always.

Still better than sitting in traffic or getting tickets downtown. 😉